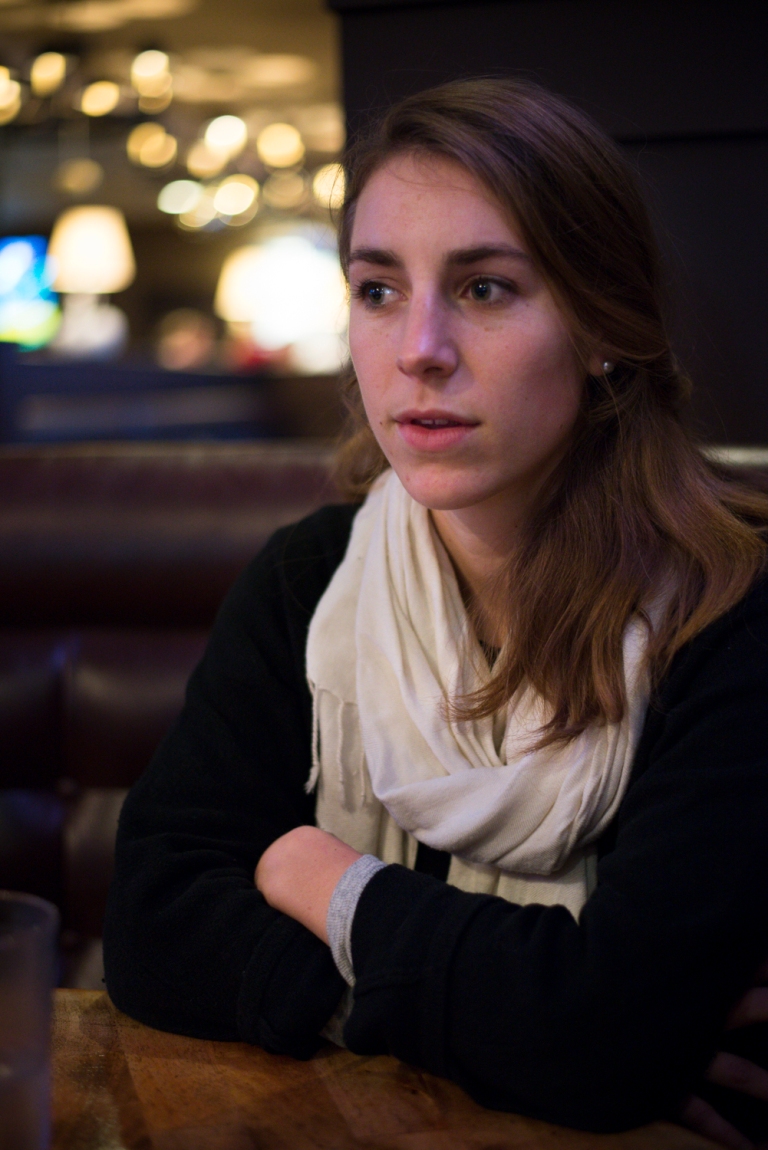 I met with Katie a few weeks ago, and as we talked about some important experiences in her life. During her time at Skidmore, Katie played on the competitive soccer team and was also a studio art major. Both of these are incredibly time consuming and demanding, and trying to balance both often lead to conflict. I wanted to create an image that reflected this tension – the tension between fostering a team-oriented, physical side of herself or the internal, artistic counterpoint. 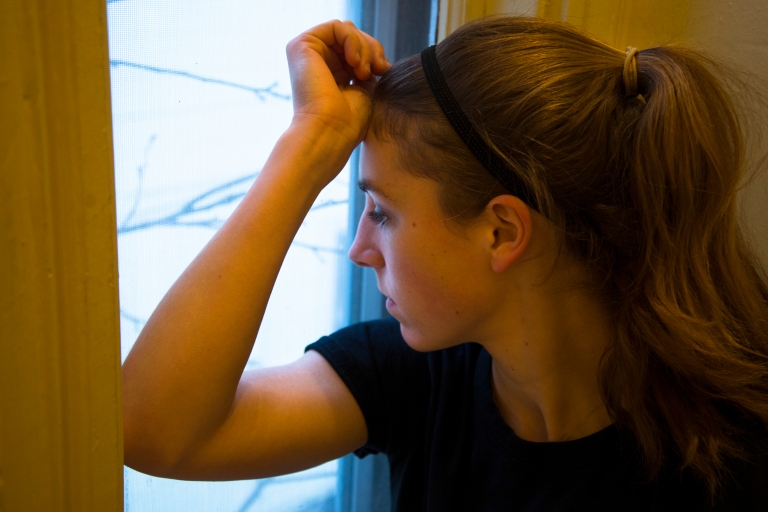 After playing around with a lot of different options to shoot this scene (I was shooting in a stairwell – so more difficult that usual to set up), I finally found the right frame for Katie.

I feel like Katie really holds the image together, it was very difficult to place myself into the scene and not disrupt the feel of it. I decided I wanted to take up the smallest amount of space in the image – really have the image be about her. It’s an extreme composition, but I think it works for the moment I was trying to recreate and a good addition to Anisocoria. 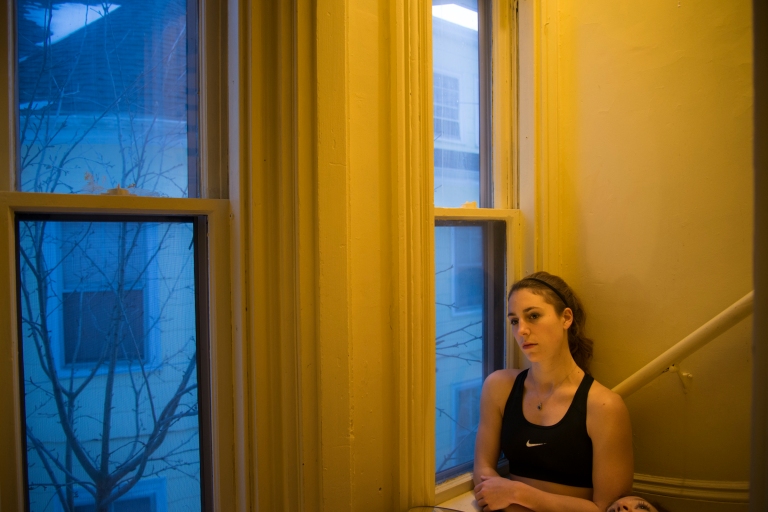 I also wanted to try a variation in a different area of the stairwell. 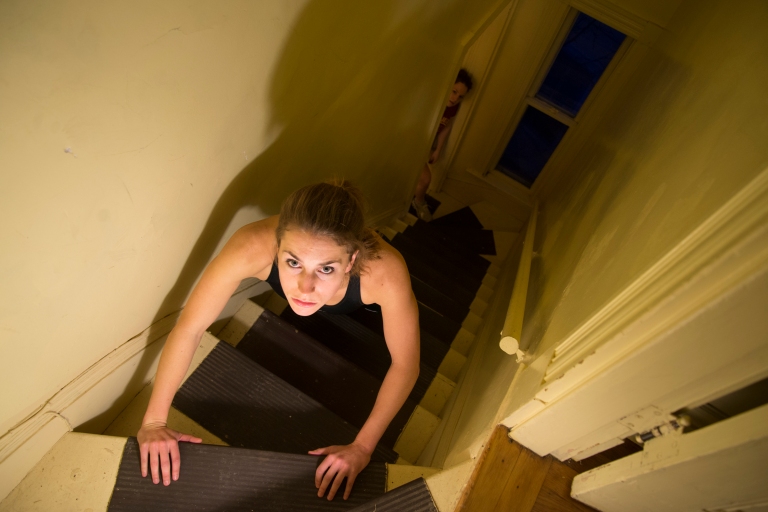 At the moment I haven’t decided how I feel about this last one. Which is your favorite? As always, feedback is welcomed!

Note: These images have no color enhancement – they are actually slightly desaturated. The photos were taken at dusk (blue light) and we were shooting inside a yellow stairwell with yellow lights. A bit extreme, but I love having opposing warm/cool tones.

This blog has migrated to www.julialuckett.com/blog